YUICHIRO ODA & SATOSHI OSAWA at THE CUTTING ROOM in NYC

YUICHIRO ODA will perform again at THE CUTTING ROOM in New York City having a great ocarina player, SATOSHI OSAWA from Japan. OSAWA is one of the greatest ocarina players in the world. ODA will show off  his own guitar playing method called “Flashing Sword Method”.Don’t miss the amazing performances!

Majoring in Saxophone in the Instrumental Performance Department of the Faculty of Music at the Kunitachi College of Music, he first discovered the ocarina while still in school. With parents who were jazz musicians and a brother who performs on trumpet and ocarina, he was raised in a musically blessed environment. He began his professional career as an ocarina player in October 2004. In 2006, he became the first Asian ocarina player to give a recital in Italy. He subsequently went on to give concerts in seven different countries around the world including Italy, South Korea, Taiwan, China, Germany, Austria, and the United States of America. In Japan, he has given recitals at major concert halls such as the Suntory Hall and Tokyo Opera City, and has performed at historical sites including the Ise Jingu Shrine and Nijo Castle. Developing a triple ocarina with a three-octave range, he has contributed the global spread of multi-chambered ocarinas. He won the 2008 Japan International League of Artists’ Music Award and was awarded Honorable Mention at the 3rd Tokyo Summit Music Competition. He is currently a Professional Member of the Japan International League of Artists and a member of the All Nippon Players Association. 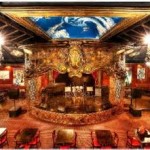 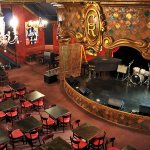